Posted on November 25, 2012 by dirtywithclass

As most people know, Nicole Kidman is one of my favorite actresses. For me, it was when i got around to my first viewing of Eyes Wide Shut that i noticed her talent(I’m sure i’ve seen her in stuff before that,but i have a hard time remembering movies i watched in my younger years), and since then i have always found her performances notable.

Another thing that makes me admire her is her bravery when it comes to role choices. Sure, she definitely has some clunkers in there(I will never know why she signed on for Trespass), but i think she has also taken on some daring roles that really showed what she can do(Like Eyes Wide Shut or Dogville). I truly think she is one of the bravest actresses working today. I wasn’t able to watch/rewatch all of the Kidman films i wanted, but i think i got enough to make a pretty good list of what i think are notable performances from her

With magnetic charisma, Nicole excels at being a villian. She also gives the role a slightly surreal quality that makes it hard to believe it is based on a real person.

Describing this performance gave me great difficulty. My immediate thoughts were ‘she does not look happy”…and as it turns out, Virginia wasn’t. However, Nicole also managed to give her a certain vulnerability to balance that out. 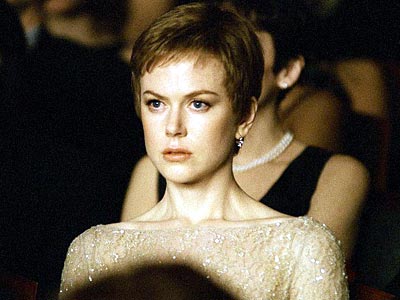 There is one particular shot in this film i love, where Nicole seems to go through a range of emotions without a single line of dialogue. Even with the wacky premise, Nicole manages to make Anna feel grounded and believable, even when she finds herself believing her dead lover has been reincarnated.

Nicole keeps her performance restrained for the most part, but that doesn’t stop it from being any less riveting. And when Grace unravels near the end Nicole changes her performance to match,showing just how versatile a actress she is. 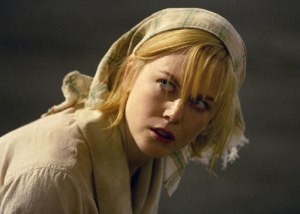 Von Trier has a habit of getting amazing performances out of his lead actresses, and Nicole was no different. Nicole makes the loss of innocence Grace goes through palpable, such as when her prized figurines are smashed in front of her.

The film never really delves into Dianes backstory, but even without that Kidmans performance gives a very good sense of her character, and in particular that Diane had lead a very unfulfilled life. When Diane struggles to answer questions about her life, a lifetime of emptiness is communicated effortlessly. 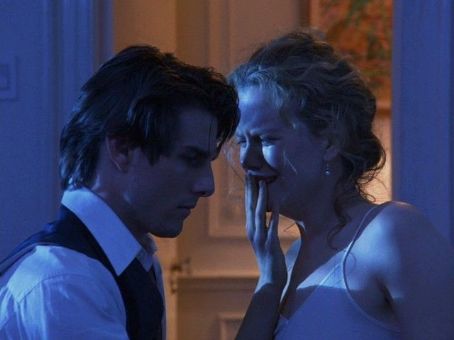 As most people know already, Eyes Wide Shut is one of my favorite films of all time. And a large part of that has to do with Kidmans scene stealing, multifaceted performance. Whether in a pot induced rage, or Alice confessing her sexual sins to Bill Nicole kept my attention glued to the screen.